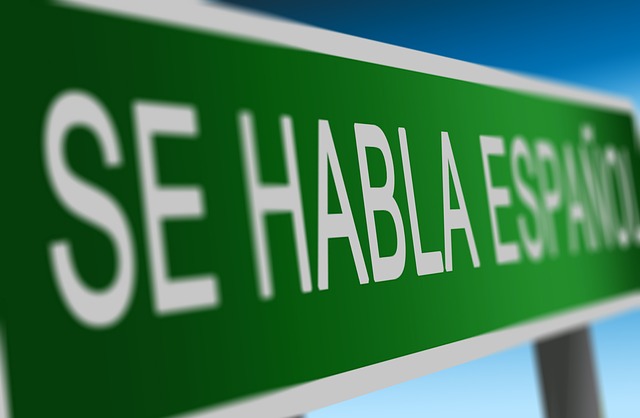 Did you know that Spanish is the second most widely spoken language in the world after Mandarin Chinese? Over 400 million people throughout North, Central and South America, Europe, and Africa speak the Spanish language. In the United States, Spanish is the most widely spoken language with over 37 million speakers. There are many advantages to learning Spanish, including expanding your curiosity about the cultures, increased educational and career opportunities, and another perspective on how others see the world. Here are five reasons to teach children Spanish:

EARLY CHILDHOOD DEVELOPMENT SKILLS: Learning a language like Spanish is a significant step in anyone’s life. It offers the opportunity for children to gain exposure to the language and enhance their capacity to pronounce unfamiliar words and sounds. Children also demonstrate heightened creativity and better problem solving and thinking skills.

PROVIDES A FOUNDATION FOR OTHER LANGUAGES: Children who learn to speak Spanish can better grasp the ability to learn other languages with Latin roots.

LONG-TERM BENEFITS: In our increasingly globalized society, children who grow up with Spanish as a second language will acquire long-term benefits. Increased opportunities for employment and travel are two such benefits. Being bilingual can broaden career options and make it easier to be eligible for a variety of jobs. International travel can also expand children’s perspectives and allow for deeper connections and understanding while traveling.

IT’S FUN! Your child can learn Spanish and feel a sense of achievement from taking on a new language. Kids will have so much with Foreign Languages for Kids by Kids®: SPANISH, that they won’t even realize they’re learning!

As parents, we only want the best for our children. That is why Foreign Languages for Kids by Kids aims to provide an innovative teaching approach and a variety of materials to aid in the study of foreign languages.

Have Our Newsletter Delivered Directly to Your Inbox

As always, our team takes your viewpoints and suggestions very seriously and we look forward to hearing from you. Please be sure to leave us your comments below! We want to hear from you!

Why You Should Celebrate the European Day of Languages

Reading Time: 2 minutes September 26th is the official European Day of Languages! A day that celebrates the diversity of languages and helps spread encouragement of language-learning across the continent. Why is it important European is home to 44 countries, and in these countries, there are 26 official languages as well as 225 Indigenous languages continent-wide. This doesn’t even […]

Reading Time: 3 minutes Game Time!  Fun and quick 5-10 minute games that will teach your students to speak Spanish Welcome back to the bonus level of our Pronoun Game! You may be wondering, “but I think we’ve covered all the pronouns?” And, you’d be right. Today, we’re using the same fun game to learn two new words – […]

Reading Time: 3 minutes Game Time!  Fun and quick 5-10 minute games that will teach your students to speak Spanish Today we’re back with the next level of our Pronoun Game and our last round of pronouns to learn. But stick around for next week’s “Game Time!” post because we’re sharing a bonus round with new words to learn […]